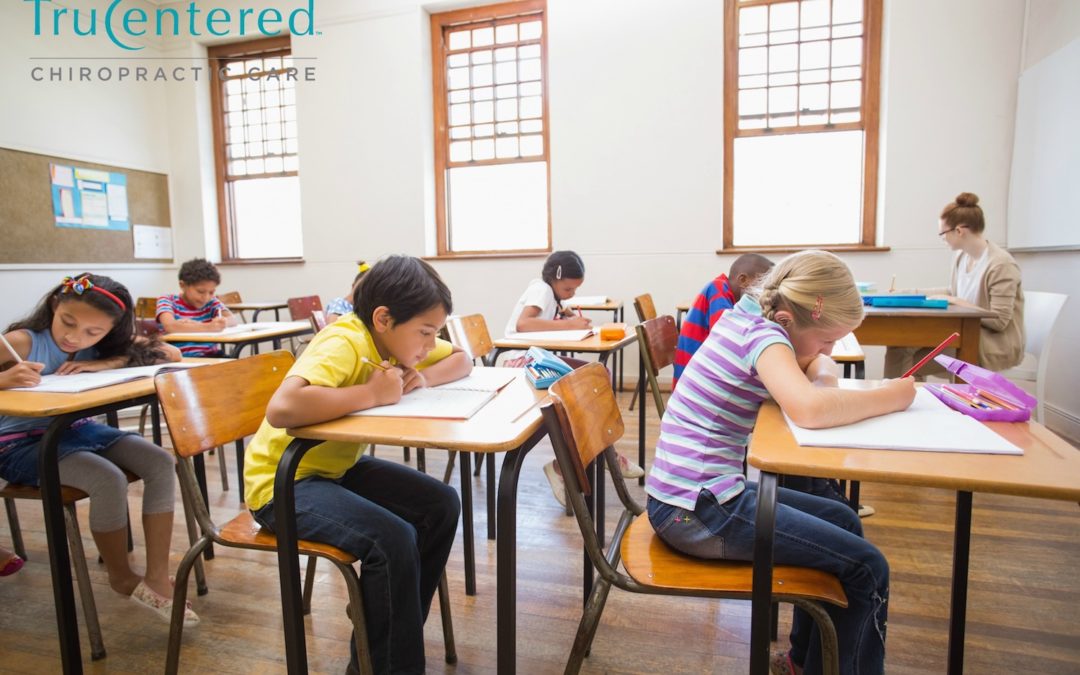 Attention Deficit Hyperactivity Disorder (ADHD) plagues 3-5% of all school-age children making it the most commonly diagnosed mental disorder in kids.ADHD may be complicated and without a “cure”, but we do know that maximizing brain health is a central factor in the condition’s successful management, and everything counts.Here are three things to avoid & three brain builders for ADHD.

THE BRAIN AND ADHD

ADHD is a condition with which those affected have difficulty with inattention, hyperactivity, impulsivity, regulating their mood, and organization.

Researchers have demonstrated differences in the brains of children with ADHD when compared to non-affected children and that some of these differences continue beyond childhood.

What can we do to help improve the brain’s function in hopes it will have a positive effect on ADHD (and all levels of health in general)?

3 THINGS TO AVOID WITH ADHD

A handful of studies have explored the relationship between refined sugar consumption and ADHD with the general consensus being that there is no correlation or a poor correlation. While this seems surprising to most, it doesn’t negate your experience.

If as a parent, you find your child’s behavior worse when sugar consumption is elevated, remove it from their diet.

But what if you don’t find a downward spiral in their moods and attitude when gorging on sugary treats? It still doesn’t make refined sugar a health food!

‍Immune suppression, obesity, diabetes and impaired learning are more than enough reasons to drop the candy from your kids' diet.

Gluten is a group of storage proteins found in wheat, rye, and barley.In those who have Celiac Disease or Gluten Intolerance, exposure to these dietary proteins can lead to damage of the lining in the small intestine.

With these cases, the digestion and absorption of nutrients are unable to occur properly, and the result is a broad spectrum of problems.For those dealing with ADHD and have Celiac Disease, there is a positive relationship with removing gluten from the diet and observing significant improvement in symptoms.

‍Once again, we face the same situation as sugar…whether dealing with ADHD or not, we need to ask ourselves “are foods that include wheat or other food toxins adding required nutrients to our child’s diet without any significant negative effects?” If not, there remains no purpose for their inclusion, at least not as routine healthy food choices.

Causative or simply a correlation, the massive increase in ADHD diagnoses over the past 20 years run parallel with the alarming increase in adolescent inactivity.

‍Add the drop in general activity to the standard desk life the majority of school-age kids deal with, and you’ve created a recipe for disaster.

Omega-3 is an essential fatty acid.

These “essential” fats are vital to the brain and body’s optimal functioning but cannot be produced, and thus must be consumed.

A healthy balance of omega-6 to omega-3 fats help to keep our nervous system working well and aid in the regeneration of new cells.

There is some evidence fish oil, which is high in omega-3, can benefit those with ADHD by improving the mental skills in affected children.

Often a missing link and left unaddressed with many health conditions is the role of the spine in optimal neurological function.

As the spine moves, small receptors embedded in the surrounding tissues are stimulated and send signals up to the brain. Nobel prize-winning neuroscientist Roger Sperry found that 90% of the stimulation and nutrition for the brain comes from the movement of the spine.

‍Repeated cases studies in children with ADHD show a positive benefit to the related symptoms when undergoing chiropractic care to correct structural distortion with the spinal column.

A regular exercise program stimulates many areas of the brain that seem to be affected in children, adolescents and adults with ADHD.

Vigorous movement causes the release of neurotransmitters dopamine and norepinephrine leading to more focused attention, impacts the cerebellum reducing fidgetiness and the limbic system making kids less reactive. When it comes right down to it, the diagnosis and treatment for ADHD is controversial. Yet, regardless of which side of the fence you fall on, creating a healthy brain and body is only going to be a positive for children diagnosed and those without.

Does your child have ADHD? What strategies have you found to be successful?