What You Need To Know About Ear Infections 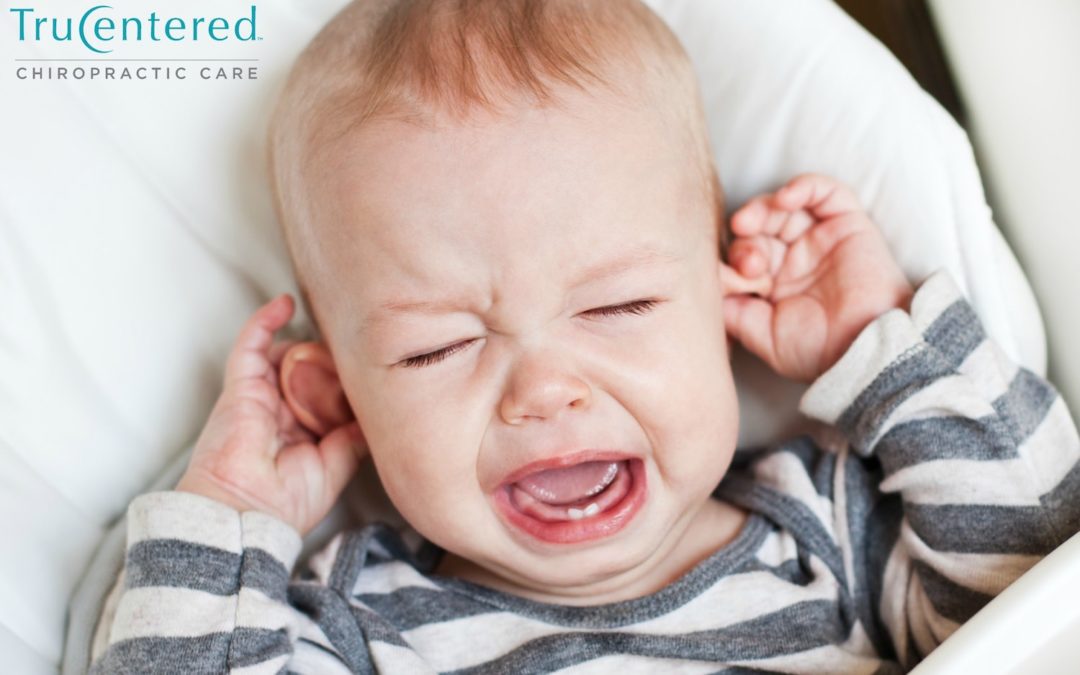 More often than not, they probably have an ear infection.

Ear infections are very common…so common that they affect up to 3/4 of the children in the United States by the age of 3.

Sadly, this is commonly the condition which starts children down the antibiotic train, of which it seems there is no return from.

But are antibiotics and/or medical intervention the only option when it comes to childhood ear infections? Not necessarily.

Is Your “Ear Infection” Actually Due To Infected Ears

Did You Know that a child’s eustachian tubes (ear canals) are not angled downwards like those of adults?

Nope…a child’s canals are horizontal, preventing baby from getting the much need assist from gravity to move the fluid from the lymph nodes and the ears into the throat and out the body.

Problems arise when fluid and congestion build up in the lymph nodes on the sides of the neck and throat preventing the fluid to be moved or flushed out the child’s body.

‍Where does the fluid go?

‍Well, it has to go somewhere and generally it gets backed up in the child’s eustachian tube causing fluid pressure on the back of the eardrum. This pressure ultimately leads to swelling and irritation — pain — just like an infection, and if left unaddressed long enough can progress into an infection.

Just remember that in order to truly diagnose an infection in your child’s ear is by doing a swab of the area and culturing the area.

Just because your child is in pain, acting funny, or pulling at theirs and their eardrum and it is a little red doesn’t mean that your child has an infection.

Could It Be Teething?

Teething, more often than not, can mirror the symptoms of an ear infection.

Remember, we are a sum of all our parts - the ears, nose, mouth, throat, and neck are ALL connected.

Think about this…if your gums begin to swell then they can become inflamed which leads to swelling of the upper neck and ears.

As a result, this can give an appearance that the ears look pink or red and may cause pain.In these instances, most likely your child does not have an infection.

Unfortunately, since the ears look pink or red and babies are uncomfortable and tugging at their ears, it is treated like an infection.Luckily, once the swelling decreases, the fluid usually disappears as well.

But, it can take up to 2 years for your child’s baby teeth to come in, with the molars coming in last.

Molars are the teeth closest to the ears, so it is easy to confuse the symptoms.

Bear with me for it’s about to get a bit technical...The cause and prevention of ear infections lie in the anatomy.

A small muscle called the 'tensor veli palatini' is responsible for opening the eustachian tube. It is controlled by a branch of the trigeminal nerve, which has tracts that extend all the way down to the brain stem and arches on the top bone of the neck called the atlas.

See, the atlas can misalign after traumatic events like childbirth and slips and falls during development, which can put pressure on the body of this nerve and cause dysfunction of the tensor veli palatini.

Now, If this muscle isn’t working properly due to a misalignment of the atlas, the eustachian tube won’t open to allow for proper drainage, which in turn can lead to fluid build-up and possibly to an ear infection.

Correcting misalignments to the atlas in a young child and even an adult will unwind this cycle by taking pressure off the nerve, restoring function to the tensor veli palatini, allowing the eustachian tube to open and drain efficiently, and resolving ear infections at its source.

Is There Anything Else That Can Be Done?

‍If your baby is exhibiting signs and symptoms of a possible infection, or if they're not necessarily infected, but are having a lot of pain, there are some things you can do: Garlic and Mullein Drops. Garlic and Mullein drops can be used to help with inflammation and pain in the ear. Warning...it smells garlicky, BUT it really does help to reduce the pain and swelling.

Colloidal Silver. It's a natural antibiotic, antiseptic, and antifungal. Putting colloidal silver in the ear will help kill any bacteria congregating in the ear canal which can reduce the swelling thus reducing pain.

Vitamin D. At a minimum, your child should be receiving 1000 IU of Vitamin D for every 25lbs that they weigh.

‍During a time in which your child is fighting irritation in the ear, monitoring their diets is equally important.

Eliminate or reduce sugar intake. Sugar will reduce your child's immune system function, exactly the opposite of what you want to happen.

Eliminate dairy and gluten. Both dairy and gluten are considered to be extremely inflammatory and can cause a buildup of mucus, so it is best to avoid them during this time.

No parents want to see their child suffer and be in pain, so give these a try and let us know how it works out for you!