Have You Heard Of The “Webster Technique”? 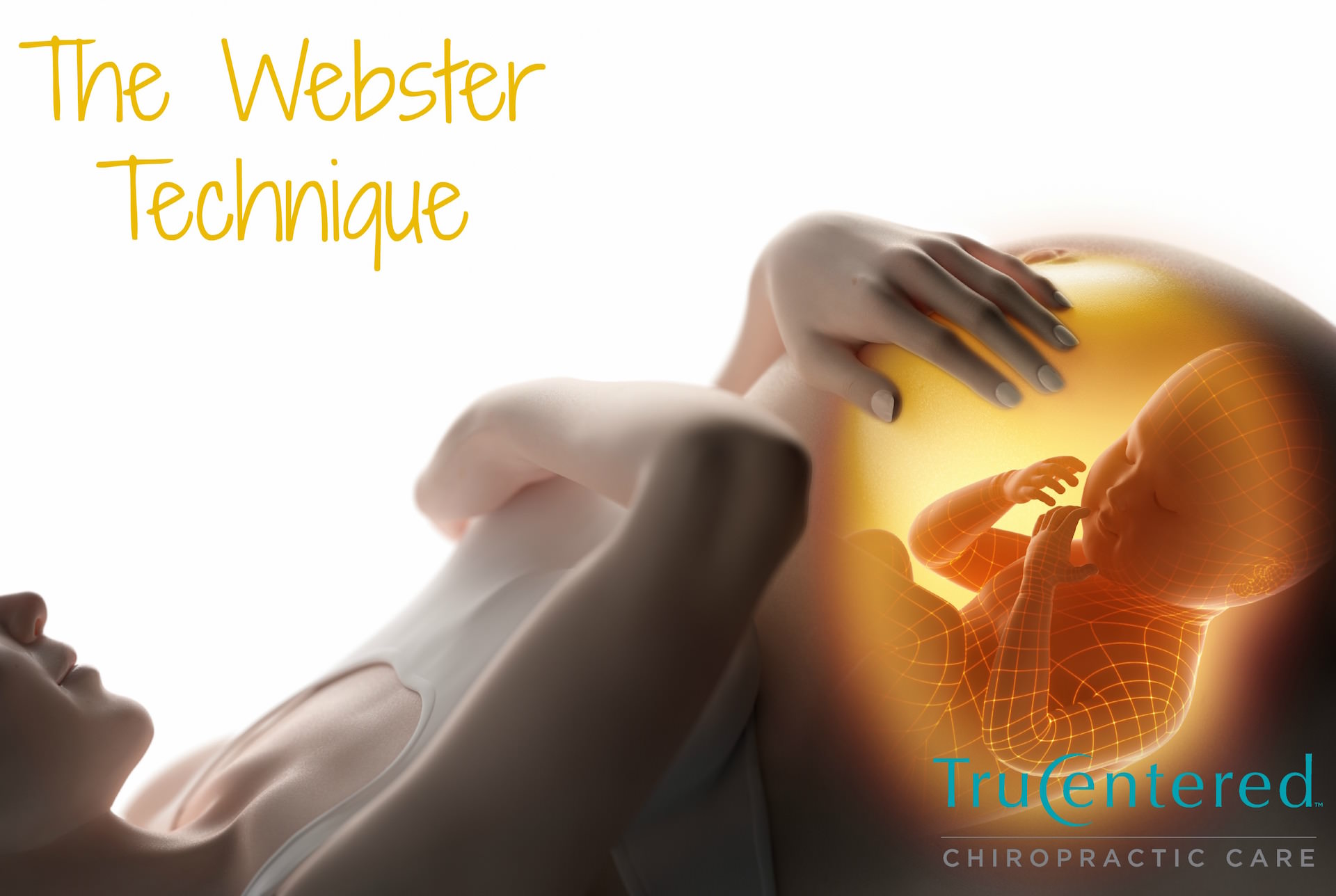 In years past, if a mother was told that her unborn baby was  malpositioned (i.e. breech, transverse, face/brow) it was assumed that the safest course of action was a C-section. Although there were other options available such as “External Cephalic Version” by an obstetrician, there were risks involved that a C-section could avoid. This has resulted in over 30% of births being by C-section, 20% of which are due to malpresentation. As the rate of C-sections has risen, so has the rate of pregnancy-associated deaths.

In the 1970’s, chiropractor, Dr. Larry Webster, established an association between a sacral shift (pelvic misalignment) and fetal malposition. The presence of this shift may lead to ligament tension, which could result in undue uterine tension making it increasingly difficult for the fetus to achieve optimal position for birth. He discovered a simple way to determine the presence of, and provide chiropractic care for, this misalignment and resulting ligament tension or in-utero constraint. The result of the procedure was that many babies were naturally able to assume the normal vertex (head down) position.

But, What is In-Utero Constraint?

In an article, by Dr. Jeanne Ohm,“The Webster Technique – A Chiropractic Analysis and Adjustment for Pregnant Women”, she defines intrauterine constraint (or in-utero constraint) as a condition where fetal movement is restricted, resulting in potential adverse effects to its development throughout pregnancy. Furthermore, limited movement and space in the uterus can lead to malpresentation in various forms: breech, transverse, posterior as well as ascynclitic presentations.”

She further discusses the labor difficulties that may result from in-utero constraint including increased pain or dystocia (slow or difficult labor), the need for medical interventions as well as a more traumatic birth experience for both mother and baby.

To truly understand this cause and effect, imagine a basketball net hanging from a hoop. If the net is twisted the basketball can’t get through. The net must be hanging evenly in order for the ball to easily pass. The same rings true of the mother’s uterus. The sacrum is one of the bones in the pelvic ring, like the ring of the basketball hoop. The uterine ligaments attach to this boney pelvic ring like the strings of the net. If a shift of the sacrum has caused an uneven pull in the ligaments attached to the uterus, this may result in the uterus being tense. When this happens, the uterine wall becomes more rigid and the fetus has more difficulty moving resulting in what is termed in-utero constraint.

So, What is the Webster Technique Exactly?

If a Google search was performed, the following definition which was provided to the website “Spinning Babies” by Dr. Jeanne Ohm would present stating: “A chiropractic adjustment called the Webster Technique is a specific sacral adjustment to help facilitate the mother’s pelvic alignment and nerve system function. This in turn balances pelvic muscles and ligaments, reduces torsion to the uterus and offers a greater potential for optimal fetal positioning.”

In Annapolis, Dr. Bryant Harris of TruCentered Chiropractic Care is one of the only Chiropractors that is trained in The Webster Technique. Dr. Harris will determine which side of the pelvis has the sacral rotation by checking muscle tension through the leg muscles that attach to the pelvis. Then an adjustment to the sacrum will be performed to realign it in the pelvic ring. Afterward, Dr. Harris will make a contact with a few ounces of pressure on the mother’s abdomen, over a pelvic ligament. Once the tension is released the uterine wall should relax allowing the fetus to more easily move into the optimum position for delivery.

More midwives and obstetricians are recognizing the value of the Webster Technique as a non-invasive approach to malpresentations.

So, Who Benefits From The Webster Technique?

The Webster Technique proves to be most beneficial when chiropractic care is sought early in the pregnancy, as this may decrease the need for medical intervention. If the fetus has unrestricted movement throughout the entire pregnancy then there is no need for external maneuvers or C-section deliveries.

External maneuvers, like External Cephalic Version or others, are risky with only about 58% success. Interestingly, one of the signs of a failed version is “a uterus tense to palpation”,  meaning that the uterus is tense or tight, which is exactly what the Webster Technique theoretically addresses.

A much safer option, the Webster Technique, is not known to convey any risk to the fetus or the mother because it is not an obstetrical maneuver.  It has nothing to do with the actual baby itself and everything to do with the mother’s pelvic function. By removing an existing subluxation the body begins to function properly allowing the fetus the opportunity to move more freely into the proper position.

When Should Chiropractic Care Start?

A sacral shift is not a dislocation but is basically what happens when a joint moves beyond what is a natural position or range. Regular Chiropractic adjustments during each trimester may help to avoid any sacral subluxation at all, which means that the Webster Technique may never even be necessary as the uterus will remain symmetrical with no twists or tension.

However, even the most well-adjusted spine may have a sacral subluxation especially if the pregnant patient has a fall, performs repetitive movements, spends long periods of time sitting, needs extended bed rest, or experiences any other outside force to their pelvis.

Many women, in Annapolis, MD, have made a choice to make Chiropractic Care a major part of their entire pregnancy, including seeing Dr. Harris of TruCentered Chiropractic Care for pre-conception care and wellness advice resulting in a more quality labor and delivery.

How Effective Is The Webster Technique?

In a 2010 survey (Mullin et al.) of 187 midwives from across the US, it was reported that 88% of respondents had referred patients to chiropractors and of those who had referred, 94% referred for fetal malposition.

Lauren Feder, M.D., in her book Natural Pregnancy states, “Chiropractic preventative care is recommended during pregnancy, as it is known for easing delivery. The Webster Technique relaxes the pelvic structures and ligaments in pregnant women with a success rate of 82% in turning babies from breech position.” Dr. Judy Forrester, a prenatal chiropractic expert shares in the textbook, Pediatric Chiropractic, Dr. Webster reported having a successful version (head down position) in 97% of adverse in-utero presentations.

When considering the fact that the Webster Technique avoids any external force being applied to the uterus and more importantly the fetus, it is by far the safest alternative potentially reducing the likelihood of a C-section.

Many mothers assume that a successful outcome from the Webster Technique means that their unborn baby suffered no ill effects. However, while in this unnatural, restricted position, the fetus was under a great amount of pressure (for up to eight to twelve weeks).In-utero constraint may result in posture issues, jaw and lactation issues, hip dislocation, torticollis or club foot.

In addition to these obvious symptoms of in-utero constraint, birth strain may also result in subluxations and there exist silent signs of interference to the nervous system. If a baby shows any of these signs consider having their spine checked. These signs include: colic, reflux, constipation, positional discomfort, extended arching, difficulty sleeping, a weak immune system, respiratory issues or digestion problems.